Why the ALP must focus its policy on the environment 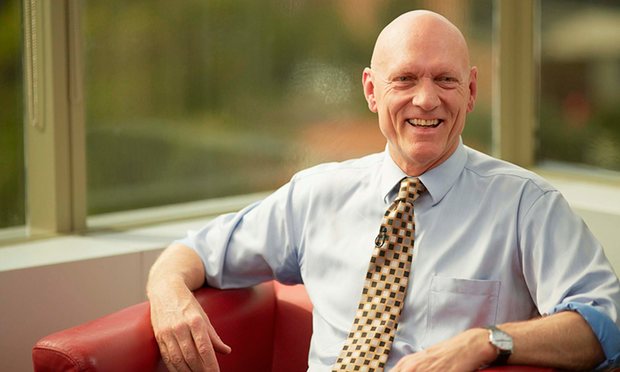 The JK McDougall Lecture to the Ararat Branch of the Australian Labor Party (edited version) by Peter Garrett.

‘Labor, the natural party of the environment.’

Politics in 2016 is shrinking; hollowing out and spiralling in weird directions that are hard to discern, especially through the din of the Internet echo chamber.

The government is beset from within by fractious elements, and from without by a rebellious Senate replete with cranks and bottom feeding minor parties.

A compelling narrative, the holy grail so beloved of political strategists, is absent. Issues that are pressing and once made headlines have all but disappeared from view.

That is certainly true of my love and former portfolio, the environment. Throughout the mid to late 1980’s, the environment consistently rated highly as an issue of concern for voters.

In the early 2000’s, with a long drought hammering the eastern states, climate change, or global warming as it was more commonly described, emerged as a leading issue, but by then environment had moved down the list of topics that agitated the electorate.

The irony here is that greenhouse gas emissions were heading off the graph, and, as charted in successive ‘State of the Environment’ reports, on most indices of environmental health Australia was going backwards.

The Howard government refused to accept that dangerous climate change would threaten Australia. For many conservatives it simply didn’t exist, despite significant and growing consensus from climate scientists.

One of the main motivations for me to come into Parliament in 2004 was the lack of action on what a Labor prime minister would later call “the great moral challenge of our generation”. Rudd’s subsequent retreat, along with the Green party’s refusal to support a scheme they believed was less than perfect, set climate change reform back several years but did not diminish its importance.

Eventually the Gillard government legislated for a price on carbon and the sky didn’t fall in. It was a genuinely historic moment, even if the eyes of the media were fixed at the time on more sensational diversions, like leadership tensions.

In the midst of the current craziness of the “alt right” – both here and abroad – I believe Labor now has a unique opportunity to cement its position as the “true party of protecting our natural environment” as Shadow Environment Minister Mark Butler has put it.

The Hawke government stopped the Franklin Dam, established Landcare, and secured protection of the Antarctic and Kakadu.

More recently, including during my time as environment minister, the Rudd/Gillard governments legislated a price on carbon pollution, established a world – class series of marine reserves and took the fight up to the Japanese over their sham whaling ‘science’ like never before; all the way to the International Court of Justice.

Today, with Labor again just a heartbeat away from government, I believe Federal Labor’s increasingly low primary vote could be arrested if it unequivocally put environment at the centre of its policy and political focus.

In a way this would be to simply make explicit what is usually the case, namely that steps to protect and conserve the environment mostly only happen via reforming Labor governments.

With few exceptions the Liberal/National parties rarely advance protection of the environment and in most instances are hostile to it. Witness their current attempts to significantly limit scrutiny of the environmental impacts of major projects.

Despite chasing power for two decades the Greens never quite live up to their own hype and expectation. They are not inherently more virtuous than any other political party, and certainly a lot less effective.

Incidentally I don’t harbour the same dislike of the Greens of some in the Labor party. After all, Green preferences are increasingly important to Labor’s electoral prospects, even if their primary vote seems to have peaked in 2010.

Yet when it comes to actually implementing policy that protects the environment, Labor has runs already on the board. We should celebrate and build on this record.

Climate change is the obvious game changer, as much an economic as an environment issue.

In one corner stand the dinosaur coal economies. Their ‘dark, satanic mills’ continuing to pump ever increasing volumes of greenhouse gases into the atmosphere, compromising national economies with the risk of stranded assets in the short term, and life on earth in the long term.

In the opposite corner stand the new low carbon economies, with revitalized manufacturing industries and increasing employment courtesy of a plethora of renewable and energy efficient technologies on the go.

I know which corner I would want my country to be in. And given two million renewable jobs were added to the world economy over a two-year period, and the estimated growth in global investment in renewables from around $400 billion today to $2.5 trillion by 2035, the date by which temperatures need to stabilize at no more than two degrees above pre-industrial levels, I know what corner Labor needs to stand in.

As things stand, a reform minded federal Labor government could, with strong policies and political will, lead the effort to arrest this tidal wave of decline.

Scoffers beware. Consider that from the introduction of a price on carbon in 2011 Australia’s greenhouse gas emissions, previously on an upward trajectory, were reduced by some 40,000 tonnes.

Partnering this success came hundreds of millions of dollars recycled into renewable initiatives and research. It was a scheme that worked – a small, perfect circle, albeit a small one.

For an all – too – brief period Labor’s scheme put paid to two insidious notions. The first that governments can’t get anything right, and, secondly, that the economic system would fall over if there was an impost on carbon pollution.

History records that Tony Abbott’s subsequent dismantling of a scheme he claimed would wreak unimaginable havoc on Australian communities – wiping the town of Whyalla ‘off the map’ for instance – was a successful political tactic for the Liberal/National coalition.

Yet Abbott was wrong on every count, as the economy chugged along and emissions began to taper.

Abbott put a wrecking ball through the new economy that was meeting the climate change challenge and the country was poorer for his success. National environment and climate policy have been in the doldrums ever since.

The crisis of faith in our institutions, including political parties, arises in part from the understandable view that the only reason these institutions exist is to channel and formalize the pursuit of power.

But this is selling the democratic experience short. It’s a kind of cynicism that disempowers those who might want to contribute, and it reduces any analysis of political action into a “what’s in it for him or her?” charade.

Furthermore such a mean spirited view flies in the face of history, the great teacher, which shows time and again that progressive governments, pushed by political activists, empowered by their citizens, supported by their members, are always needed to deliver the big changes.

It is on this question of empowerment, specifically for the Labor party, that I want to conclude.

In the run up to the 2016 election, a cross factional grouping, with support from many Labor branches, known as LEAN (the Labor Environment Action Network) actively sought to improve Labor’s policy in the area of renewable energy.

They organized, lobbied, discussed, worked with unions and the party leadership, and ultimately helped secure significant policy improvements of a fifty per cent Renewable Energy Target, and strong emission reduction targets in the national platform.

They recognized that for a party founded on the principle of fairness, failing to act on climate change was nothing less than a betrayal of history.

It is this capacity to organise, to have faith that imperfect institutions can make change, to recognise that real reform is hard work but that being a part of a political party enables that effort, that created this achievement.

What would a roadmap to a low carbon economy with a healthy environment look like?

Secondly, substantial emissions reduction targets, a price on pollution and focused investment to accelerate the shift from coal to renewable energy.

Thirdly, a reconfigured tax system to encourage the move away from fossil fuels into renewables and energy efficiency.

Fourthly, coordinated long overdue national investment in infrastructure to make our cities healthier, easier places in which to live and work.

Finally, international cooperation and action on climate change, as a leader not a laggard, delivering real reductions on greenhouse pollution, aiming to exceed our promises under the recently signed Paris Agreement.

Many of these initiatives are already in policy. Many have their supporters both inside and outside Labor. A whole – of – party embrace gets them over the line.